It is suspected by archaeologists that by 3500 BCE the kingdom of Upper Egypt may have bypassed Lower Egypt in technology and sophistication through trading contacts with southern Arabia and Southwest Asia. As a result of this power imbalance the kingdom of Upper Egypt eventually launched a series of military campaigns aimed at Lower Egypt. Over the course of several reigns of kings eventually Upper Egypt triumphed and the unification of Egypt occurred.

Throughout the rest of the millennium the larger villages would become focal points for different territories and eventually evolve into nomes or provinces, which would shape the future of Egypt to come. Overall this period of about four and a half centuries of Egyptian history was all about the consolidation of local territories into the unified whole rather than a simple Upper vs Lower Egypt scenario. 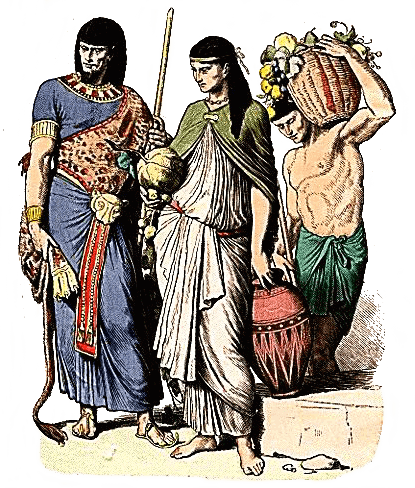 Around 3100 BCE the complete unification of the two kingdoms occurred under king Narmer or Menes of Hierakonpolis. It was during this period that the iconic crown of Egypt was created by combing the crowns of both Upper and Lower Egypt. This in Egyptian culture meant the symbolic linking of the gods Horus and Set/Seth. The crown of Upper Egypt was classified by its white color and conical structure. The crown of Lower Egypt was red colored and had an odd shape. After the unification the crowns were combined into the double crown that is seen on the many statues and megaliths created by later rulers.

This event has been corroborated by the discoveries of the Narmer Palette and associated ivory seals found in graves at Abydos. It was during this period that archaeologists believe the kings did not believe themselves divine, but instead were terrestrial rulers who symbolized the triumph of order over chaos. Power and authority in this period was tied to the skillful administration of agricultural surpluses and the public labor force. The leaders would often require tribute or taxes from the various villages and they employed a vast record keeping system in order to monitor every transaction and inventory every trade good. The ancient Egyptians even recorded the amount of loaves of bread made by bakers each day.